The 2021 WGC-Dell Technologies Match Play wraps up round-robin play on Friday, when one player each will advance from 16 groups. That sets up the bracket-style portion of the tournament the remainder of the weekend.

The tiebreaker scenarios are simple — if players finish with the same number of points, they go to a sudden-death playoff. There’s no head-to-head or total points tiebreakers based on previous matches.

None of the group winners are totally set entering Friday, but a few are close. Here’s the (blank) WGC Match Play bracket, standings for all 16 groups, and scenarios for each player to advance. 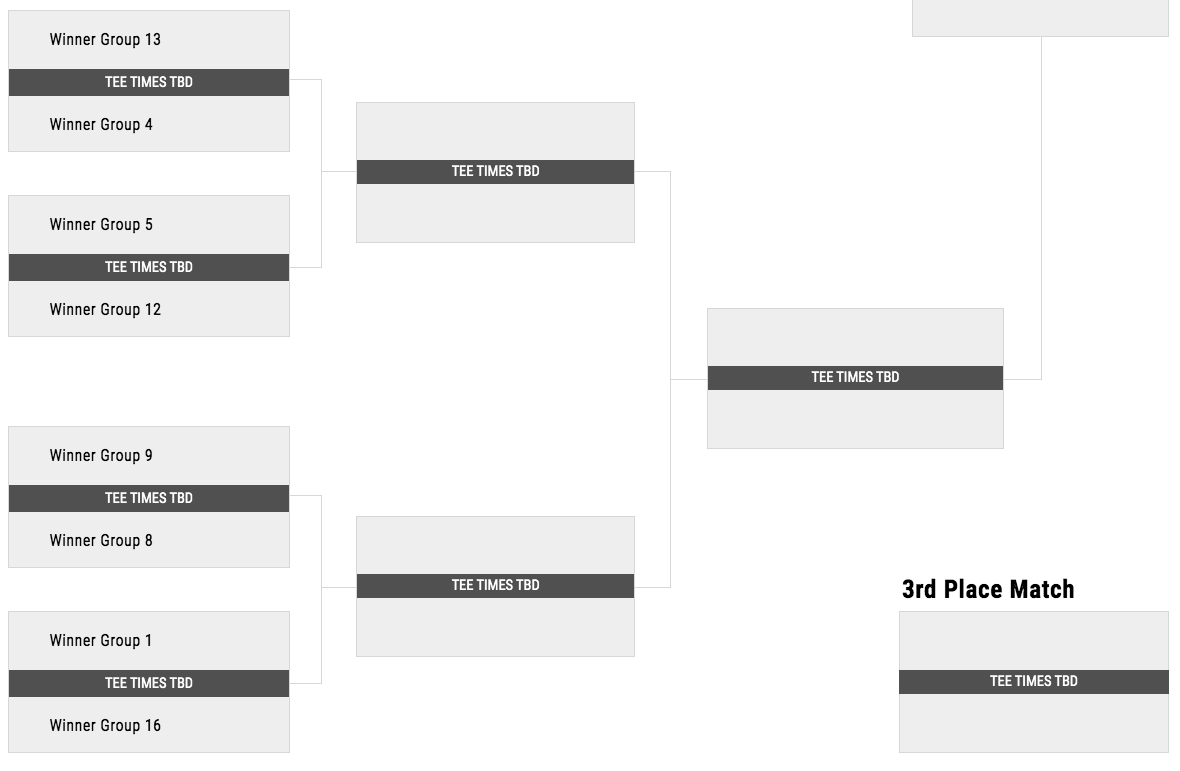 The winner of the Kisner-Kuchar match will advance. A tie will result in a sudden-death playoff.

Winner of the Rahm-Palmer match advances, while a tie would force a sudden-death playoff

This is the most complicated group by far, but also among the most straightforward — the winner of Berger vs. English and EVR vs. Todd will go to a playoff, unless there’s a tie, then the winner of the match that didn’t tie will advance.

If there are two ties, it will force a four-way playoff.

Same scenario as Group 14 — the winner of Im vs. Perez and Henley vs. Leishman will go to a playoff, unless there’s a tie, then the winner of the match that didn’t tie will advance.

If there are two ties, it will force a four-way playoff.